IFFC screens 10 PG short animations with our young viewers in mind.  The shorts are also of great interest for illustrators, cartoonists and filmmakers.

A few decades ago, those crossing the ribbon of asphalt of the Liberty bridge, would enjoy a unique vision: starting from the historical centre, a miracle of lights, colours, smokes and flames coexisted in paradoxical harmony with the urban environment that surrounding it: the absolute beauty of Venice, and the cities on the mainland. Day after day people got used to it, they absorbed that conflicting view to the point it became intrinsically natural.
El mostro- those rivers, those lights, those frauds-  has the gift of lightness, the power of seduction, the musicality of promise: it has a winding appearance, but a diabolic spirit, and if it takes you it never leaves you.
In that period it was invisible, silent, seductive: it was the mirage of a safe job, the assurance of being able to buy stuff, of sending children to school and paying for their dental care. It was like the American dream, less effort and more income, a lagoon dream.
He wormed its way into the human, he took the lives of the labourers away with inoffensive statistic simplicity: it was the price to pay and a lot of people thought it was worth it.
Gabriele Bortolozzo, a gentle and witty man gifted with an imaginative foresight, broke the enchantment forcing us to face up to reality. He did that with amazing courage but in solitude and he left us far too soon, but not without leaving a huge legacy.
This legacy was the starting point to tell of an awakening, of awareness and of memory that we not only owe to Gabriele but also to ourselves and to the new generations. Our short film has the ambition to offer food for thought and stimulate discussion over themes that we feel crucial and riskily buried by a sort of suffocating emergency: work, rights, health, wealth. This topics dominate the political, social and cultural scene now as it was then but still remain open and seem unsolvable.Gabriele Bortolozzo started an unequal but examplar battle against a system, this battle generated a beautiful story, and we would like for our short film to become a heritage of us all. (from Studio Liz)

Peter Marcias is a director and screenwriter born in Sardinia (1977) who lives in Rome. He created many advertising spots, documentaries and short films shown at national and international festivals. Peter’s works are characterized by a strong interest for a kind of cinema engaged with society and politics. His films are distributed by Casini and 01 Distribution.

Nino and felix are two kids very different from each other and forced to live together like brothers. During a walk, they bring out all their differences and mistrusts, and have a clash that will lead them to discover a mistery they have in common!

Marta Palazzo studied animation and cinematography at the Centro sperimentale di Cinematografia of Torino. She worked at different productions as an animator and character designer for feature films, series e authorial projects. She has been working for many years at LaTestuggine Animation Studio.

Lorenzo Latrofa was born in Rome where he graduated in Architecture in 2005. In the same period, together with Arturo Leone, he founded “La Testuggine Animation studio”. In 2009 he got a degree in animation and film making at the Centro Sperimentale di Cinematografia of Torino. In 2010 he won , together with Sergio Basso, the Annecy’s Cristal Award for “Best Educational, scientific or industrial film” with the short “Giallo a Milano”.

In a fairy-tale forest, a grumpy old lady loses a bottle of wine. This is the start for a chain of events where all the characters – an old lady, a naughty little girl, a cowardly mushroom seeker, a stupid wolf, a flock of birds – play their role, in a funny repartee between the film frames, leading to an unexpected development. 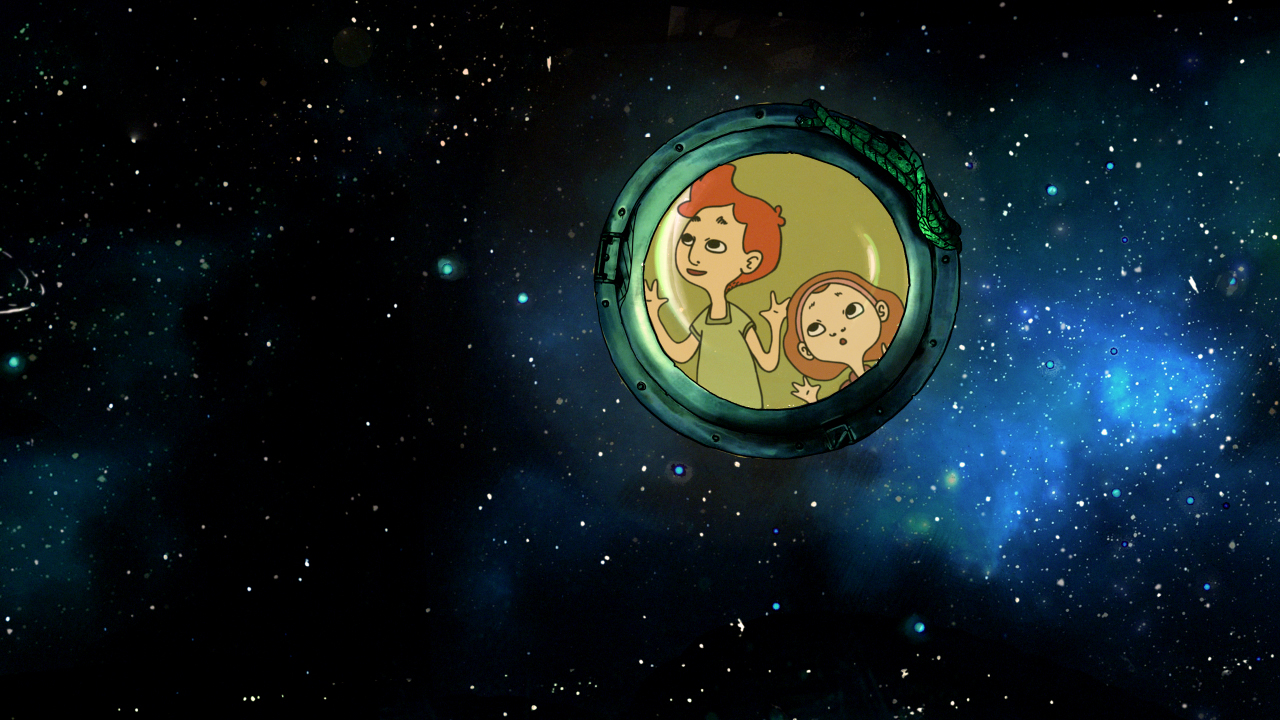