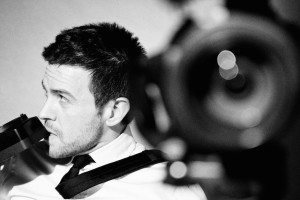 The director of Darker than Midnight was born in Catania in 1983. Riso holds a degree from the Accademia di Belle Arti in Rome and has worked as an assistant director for several films, including episodes of Inspector Montalbano and 19 giorni di massima sicurezza. He has also worked as a production manager for several TV series and films. Between 2006 and 2011 he wrote and directed the short films  Dioconda,  Free Fly,  Uccal’amma, Il Giorno di San Giovanni and Il coraggio.

Riso will join us on 10 October for a Q&A after the screening of Darker than Midnight at Cineworld. 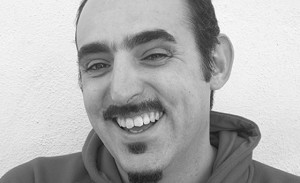 After a degree in Modern Literature, he studied at the RAI School of Film and Television, then graduated from the N.U.C.T. film school at Cinecittà studios, with a diploma in film directing.  As well as a feature film, Paolo has also written and directed short films, documentaries and commercials, winning many awards worldwide. His short film The Referee won the David di Donatello and the Special Jury Prize at the Clermont-Ferrand International Film Festival. His feature film The Referee opened the Venice Days section of the 70th Venice Film Festival. Born in Cagliari in 1972, Paolo lives between Sardinia and Rome.

Paolo Zucca will join us on 16 October for a Skype Q&A after the screening of The Referee at Penarth Pier Pavilion. 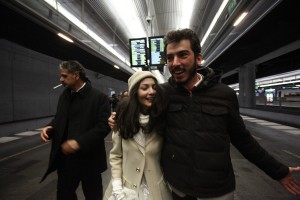 Gabriele Del Grande was born in Lucca in 1982 and has a degree in Oriental studies from the University of Bologna. In 2006 he started the blog on refugees and migrants  Fortress Europe. As a freelance journalist he has worked for Time, Al Monitor, Vocativ, Taz, Rai, Rsi, Radio 3, Jungle World, Roads & Kingdoms, L’Unità, Redattore Sociale, Narcomafie, Peace Reporter, E-ilmensile, and others. He has published the book Mamadou va a morire (2007, winner of the Santa Marinella price and translated in Spanish and German); Il mare di mezzo (2010, winner of the prizes Colomba d’oro, Pro Asyl Hand, Uisp Mandela  and Ivan Bonfanti, translated in German and Spanish) and Roma senza fissa dimora (2009). He has also taken part in the making of the book +DVD Come un uomo sulla terra (2009) and of the fourth notebook of the Ilaria Alpi Africa e Media (EGA). In 2014 he directed the film/documentary On the Bride’s Side, with Antonio Augugliaro and Khaled Soliman Al Nassiry.

Gabriele del Grande will join us on 16 October for a Q&A after the screening of On the Bride’s Side at Penarth Pier Pavilion.

Agostino Ferrente (Cerignola, Italy, 1971) produced and directed the two shorts Poco più della metà di zero (1993) and Opinioni di un pirla (1994). In 1997, together with Giovanni Piperno, he made Intervista a mia madre (1999) and Il film di Mario (1999-2001). In 2001, he was one of the founders of the Apolloundici group, creators of the Piazza Vittorio Orchestra – which featured in the 2006 award-winning documentary by the same name. Collaborating with Mariangela Barbanente, he conceived the OPV  i Diari del ritorno project. With Andrea Satta and Têtes de Bois, he made the video Alfonsina e la bici, featuring Margherita Hack. The Beautiful Things (2013) won 25 national and international awards, including the best Italian documentary 2013 at DOC/IT Professional Award and the Nastro d’argento Special Prize Best Docufilm. Agostino Ferrente  and Giovanni Piperno  won the prize for the best school Biografilm retrospective at the Biografilm Festival in 2014.

Agostino Ferrente will join us on 17 October for a Skype Q&A after the screening of The Beautiful Things at Chapter. 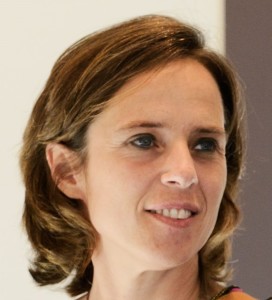 Founder and president of Parallelo 41 productions, Antonella  produced the following documentaries: Bounds by Marcello Sannino (2010), La seconda Natura by Marcello Sannino (2012), The Beautiful Things by Agostino Ferrente and Giovanni Piperno (2014), The secret by cyop&Kaf (2015). Antonella holds a PhD in History of Theatre from the University of Salerno. Between 1993 and 2011 she directed the association Arci Movie in Ponticelli (Naples) promoting an integrated project on education, culture, solidarity and cinema for families and teens. She managed the international relations for the first editions of the Napoli Film Festival and she directed the summer editions of Cinema around the Vesuvio and of Cinegirando. Between 2011 and 2013 she was city councilor for culture and tourism for the municipality of Naples.

Antonella di Nocera will join us on 17 October for a Q&A after the screening of The Beautiful Things at Chapter.